The 2016 Meeting for Minds Forum took for its central theme the concept of “synergies” and Speakers explored the arguments for (or against) instigating cross-community collaborations involving research scientists and people with lived experience of mental illness.

Speakers were encouraged to contemplate the moral, ethical and scientific pre-requisites involved and arguments for practical implementation strategies of organised collaboration between researchers and people with lived experience of mental illness, within the working environment of brain research institutes, with a view to encouraging development of a co-design environment.

Speakers spoke on issues including the implementation of staff within research institutions who also have life experience of mental illness, in order to connect with and better understand the needs of patients. This was presented by Dr Ilana Kremer of the Mazor Mental Health Center in Israel.

Meeting for Minds also reported on it’s ground-breaking study based on links between the body’s immune system and serious mental illness. Leading Australian psychiatrist Professor Ian Hickie of the Brain and Mind Centre at the University of Sydney presented the early findings of the Immune Therapy Research Project, with patients of the Immune Therapy in attendance at the Forum.

The study, which came out of the first Meeting for Minds Forum in 2014, is helping young people with severe psychotic and mood disorders who do not respond to conventional medical treatment. Importantly, it is being driven by a collaboration between clinicians, researchers, young sufferers of mental illness and their parents. The first stage of the Project is being funded by Meeting for Minds.

Other Speakers discussed subjects such as the unique benefits from knowledge of the experience, held by the person with mental illness or their family; management in businesses being responsible for the mental health of their employees; and mental heath research needing to be on the forefront of technology in order to ease collaboration with people experiencing mental illness.

11.15 - The world of research works better with patients, service users and carers as partners
Simon Denegri, National Institute for Health Research (NIHR) National Director for Patients and the Public in Research and Chair, INVOLVE, UK

18.00 - Post Forum drinks and mingle for speakers and attendees

19.00 - The launch of —spectrum event and opening of the Eveline Kotai art exhibition by Professor Ted Snell, Director of UWA cultural precinct.

Jackie is dedicated to encouraging greater understanding, compassion and respect for people affected by mental ill health, people with suicidal concerns and their families, friends and carers who journey with them.

Jackie combines her lived experience, understanding of the grass roots and knowledge of high level strategic policy and planning to challenge common assumptions and shift thinking about mental ill health and suicide.

Jackie recognising that no one person or group has all the knowledge and skills alone which is why she is passionate about what is possible when people from different parts of life work together; understanding that the most powerful intervention is the relationship.
Professor Ian Hickie
Co-Director, Health and Policy at Brain and Mind Centre, The University of Sydney

From 2000 to 2003, Professor Hickie was CEO of beyondblue: the national depression initiative, and from 2003 to 2006 served as its Clinical Advisor. In 2003, Professor Hickie was appointed as the Executive Director of the Brain and Mind Centre (formally the BMRI). He was appointed as Co-Director, Health and Policy of the Brain and Mind Centre in 2015. From 2008 to 2013, he was one of the first round of new NHMRC 2008 Australian Fellows and was appointed to the Federal Health Minister’s National Advisory Council on Mental Health and then, in 2010 to 2011, the Federal Ministers Mental Health Expert Advisory Group. In 2015 he became a fellow of the new Australian Academy of Health and Medical Sciences. From 2012, Professor Hickie was appointed as one of Australia's first National Mental Health Commissioners and was reappointed to a second term in that role in 2014, to oversee enhanced accountability for mental health reform in Australia.

Per Hamid Ghatan is a medical doctor with clinical experience as a senior physician in the field of brain injury rehabilitation and occupational health medicine. He is a researcher with a PhD in cognitive neuroscience and is teaching at the Karolinska Institutet.  As a medical advisor he is a leading expert in the field of brain injury prevention.

Simon was appointed the National Institute for Health Research’s (NIHR) first ever National Director for Patients and the Public in Research in 2012 and Chair of INVOLVE – the national advisory group for the promotion and support of public involvement in research funded by NIHR – in 2011.

Prior to this Simon was Chief Executive of the Association of Medical Research Charities (AMRC) from 2006 until 2011.  This followed a three-year stint as director of corporate communications at the Royal College of Physicians of London from 2003 to 2006.  Prior to this appointment Simon was assistant chief executive at the Alzheimer’s Society (UK) from 2002 to 2003 and also worked for the Society from 1992 until 1997 becoming its first head of public affairs.  Between 1997 and 2000 Simon worked as Procter & Gamble’s Corporate and Financial PR Manager based at the company’s headquarters in Cincinnati, Ohio, USA.   On his return to the UK, Simon was appointed Director of Communications at the Sainsbury Centre for Mental Health.

Simon studied politics and legislative studies at the University of Hull, and is a member of the Chartered Institute of Public Relations (MCIPR) and the Royal Society of Medicine (RSM). As a writer and speaker on issues concerning the public and health research, Simon’s particular areas of interest include:  public involvement in research; public attitudes to science; use of online and digital media for public involvement and engagement; health research regulation; the pharma industry; dementia and mental health.

Professor Ilana Kremer is a medical doctor, a Psychiatrist, who graduated Psychiatry in 1988. Since then she has been for 15 years the head of a psychiatric department in a general hospital in the north of Israel, and since 2010 the director of Mazor Mental Health center, a psychiatric hospital of 369 beds, including rich ambulatory services of day care and 3 big clinics, serving 5000 patients in a catchment area of 700,000 inhabitants of Akko and the Galilee. She is a clinical professor in the faculty of medicine, Technion.

The majority of the clinical and academic efforts in Mazor are dedicated to the improvement and research of Schizophrenia. Although the disease has a genetic component, the neurological basis of schizophrenia is still unknown, and thus there is, as yet, no laboratory diagnostic tool that is based on the etiology of the disease.

The research lab in Mazor integrates basic and clinical research, as well as the establishment of interdisciplinary cooperation. Knowledge and understanding of the mechanisms that form the basis of this mental illness are studied in order to identify biological indicators and develop medicinal treatments to improve the quality of life of the patients. One approach to understanding the neurobiological basis of mental illness in general, and schizophrenia in particular, is to search and identify measurable physiological and/or behavioral changes that are associated with basic developmental processes or to the course of the disease. Identifying biological indicators will make it possible to build diagnostic tools based on lab tests, will aid in following the development of the disease, and will make it possible to evaluate the effectiveness of the treatment. Clinically, much attention is given to the hospitalization experience and to maximize rehabilitation success. In these projects people with lived experience are involved in Mazor, and serve as members of the therapeutic staff.

Kris is a graduate of both UWA (Science) and Curtin (Business) and distinguished as an organisational design tragic and a keen proponent of mental fitness in the workplace. Kris has learnt across both corporate and family business that the philosophy of 'mental fitness first' ensures managers are equipped with the personal and organisational skills to facilitate a culture of success. Kris could be described as “in the pursuit of excellence” and understands the pinnacle of management to be true connectedness in the workplace. The approach is simple yet effective –‘ if the Company’s people are treated as its greatest asset and the environment promotes mental fitness, then sit back and watch people shine’.
Anne McKenzie

Consumer Advocate/Manager at the Centre for Health Services Research, University of Western Australia

Anne McKenzie has worked as the Consumer Advocate at The University of Western Australia, School of Population Health and the Telethon Kids Institute since 2004. Anne manages the joint Consumer and Community Involvement Program at both organisations. Her role is to support and facilitate active consumer and community involvement in the research and teaching programs at the School, the Institute and collaborating organisations.

Anne is a senior consumer representative for Consumers Health Forum of Australia and former Chair of the Health Consumers Council of WA. She currently serves on key national and state health committees including the National Health and Medical Research Council, NPS, Medicines Australia and the Department of Health.

In January 2015, Anne was appointed to the Order of Australia for 20 years of service in the area of health consumer advocacy.

Michelle is an academic consumer researcher who has worked in consumer-focused mental health research since 2004. Her PhD explored mental health consumers’ priorities for research on depression and bipolar disorder in Australia and following from this work, her research interests include effective services and policy for mental illness.

In 2015, Michelle commenced an ARC Discovery Early Career Researcher Award (DECRA) fellowship looking at service access and navigation for people with serious mental illness. A major focus of the study is consumer and carer experiences that can shape system reform. Michelle also leads ACACIA: The ACT Consumer & Carer Mental Health Research Unit. ACACIA aims to increase the involvement of ACT mental health consumers and carers in the research process and conduct research relevant to their needs.

As part of her commitment to active consumer participation, Michelle is developing strong connections with consumer organisations and representation. In 2012 Michelle was appointed to the National Mental Health Consumer Reference Group and became a member of the Health Care Consumers' Association of the ACT (HCCA) Executive Committee. She is now Vice President of HCCA. Through these roles, she hopes to foster strong ties between the consumer and research communities.

As the Director of Research she heads all grant activities of the Foundation which accumulate to approx. AUD 100 Million pr. year within the area of biomedicine with a special focus on brain health. She has extensive experience with developing grant strategies, establishing new funding schemes and promoting public-private research partnerships. Furthermore, Anne-Marie Engel is a very active actor in Danish and European foundation work on research policies, research evaluation and discussions on research management.

Anne-Marie Engel is member of the board Oslo University, member of the European Foundation Centre (EFC) Research Forum Steering Group and a member of the Danish Academy of Technical Sciences.

Jane Caro has a low boredom threshold and so wears many hats; including author, novelist, lecturer, mentor, social commentator, columnist, workshop facilitator, speaker, broadcaster and award winning advertising writer. The common thread running through her career is a delight in words and a talent for using them to connect with other people.

Today, she runs her own communications consultancy and lectures in Advertising Creative at The School of Communication Arts at UWS.

She is a weekly regular on Channel 7 Weekend Sunrise and Mornings on Channel 9. She has appeared frequently on ABC’s Q&A, Sunrise, The Project, The Drum and Playbox. She is also a regular panellist on the ABC’s top-rating show on advertising “The Gruen Transfer.” She is a regular on radio and has filled in as host for RN’s iconic “Life Matters”.

She has a BA in English Literature from Macquarie University. She writes a regular column in Mt Magazine and contributes articles and oped’s regularly to The SMH, The Drum, The Conversation, Mamamia, The Hoopla and New Matilda. She mentors young businesspeople through McCarthy Mentoring. She is on the Boards of Bell Shakespeare and the NSW Public Education Foundation. She is also the mother of two daughters, a wife, a beef producer and a timber grower.

We would like to thank our sponsors for their support 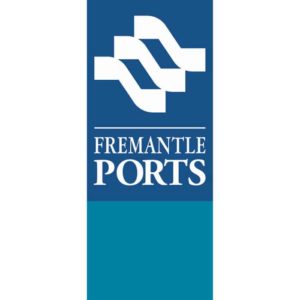 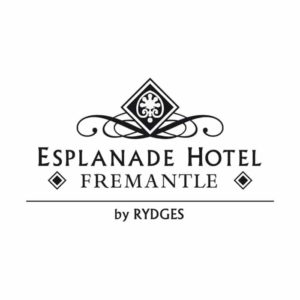 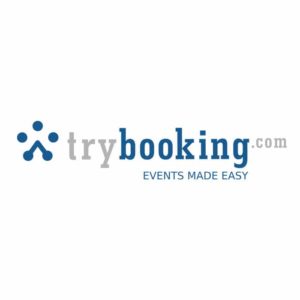